Measuring the progress of the Innovation Union 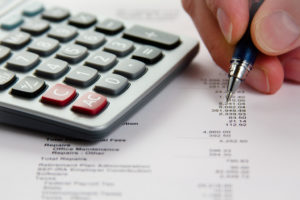 The impact of the Innovation Union on R&D, GDP and employment

The European Innovation Scoreboard represents a very useful instrument for assessing the innovation performance of EU countries and for monitoring the evolution of their research and innovation activities. Its system of 25 different research and innovation indicators provides a detailed representation of the situation in the different countries, allowing for a benchmarking along three main dimensions: the “Enablers”, capturing the drivers of innovation performance external to the firm and the influence of public action; “Firm activities”, measuring the innovation effort at the firm level; and “Outputs”, reflecting the impacts of firms’ innovation on their economic performance. In our report, to better understand the overall impact of the Innovation Union, we looked at trends in public and private R&D expenditures as a percentage of GDP. Then, using the NEMESIS model, we calculated the economic and employment impacts of the trends observed from 2007-2015 and projected over a long-term period (2040).

Considering the analysis of the impact of these evolutions on the EU economy in the long-term, using the NEMESIS simulation, the rise of R&D intensity between 2007 and 2015 has contributed to an increase in EU GDP of about 0.74 GDP points. If after 2015 the R&D intensity in EU countries remains at the same level, GDP gains at the EU level would increase 2.75% by 2030 and 3.55% by 2040. The impacts on employment at the EU level have also been calculated using the NEMESIS model. This number would reach 788 000 in full time equivalents in 2016, 521 000 of which would be in research and 267 000 in other production activities. At the national level, the impacts on GDP are in line with the evolution of R&D intensity over the 2007-2015 period. In 2030, they will range from 0% in Spain, whose R&D intensity remained constant from 2007-2015, to 18.5% in Slovenia, which has increased its R&D intensity by +0.79 GDP points, the most important increase in the EU-28. If we look more closely at the country level results, the simulation shows that it is the evolution of external trade that drives most of the impacts on GDP and employment. Although all countries will increase their competitiveness and their position in the world market over the long term, some of them will experience a decrease or only a limited increase of their R&D investments, with loss of market shares in the EU internal market. This is the case for Spain, Luxembourg, Latvia and Romania, all countries for which the gains in the world market are insufficient to compensate for the losses occurred in intra-EU trade, and where the long-term impacts on GDP and employment, if positive, will remain nevertheless very limited.

One of the major deliverables of I3U will be an overall evaluation of the Innovation Union using the large-scale, multi-country, multi-sector NEMESIS macroeconomic model. To that effect, the 34 commitments of the Innovation Union were subdivided in three categories. First, there are those that cannot be incorporated in the NEMESIS model because 1) they have no direct impact on innovation in particular sectors; 2) their implementation has been delayed; 3) the data needed to measure them do not exist yet; or 4) their effect can best be analysed qualitatively. The second category regroups the commitments that cannot be incorporated in the model because data are missing, imperfect or incomplete; or because the parameters that are needed to quantify their impacts are too uncertain. Finally, 16 commitments and sub-commitments will be incorporated in the proposed modified version of the NEMESIS model through the following channels: skilled capital entering R&D; ICT and other intangibles; financing that reduces the cost of capital; diffusion of knowledge; and rent spillovers, infrastructures, and public investment in the generation of knowledge.

Implementing the IU commitments in the NEMESIS model

One of the important results of the I3U project will be the assessment of the Socio-Economic and Environmental Impacts (SEEI) of the Innovation Union. This assessment will be done with the NEMESIS macroeconomic model, used in the I3U project and specialized in the assessment of EU R&I policies. The model was just used by the European Commission for the design and ex-ante assessment of the next framework programme, ‘horizon Europe’. In I3U, beyond the impact of the EU FP, the analysis of EU R&I policy will be deepened by taking into account the SEEI of the specific commitments of the IU, for which specific quantitative objectives could be identified and analysed in the project. These are notably commitments 24 (for improving) and 25 for increasing the use of the R&I part of cohesion Structural Funds; commitments 10 to 13 that target all actions for developing innovation financing and notably the access to finance of SMEs; commitments 2 to 4 and 30 for enhancing skills, knowledge transfers and attracting the talent needed for R&I activities; and commitments 13, 14 and 17, which are more oriented toward actions to market, involving European patents, innovative public procurements and the creative industries. Along with commitments 6 and 7 for the EU FP, there are 14 commitments that are currently implemented in the model. The I3U project has published a report that describes the methodology that is followed for their integration. An upcoming report to be published at the end of July will present the results of the macro assessment of the commitments individually and by groups, while another one at the end of September will present them ‘as a whole’ in the Innovation Union.

A benchmark scenario with NEMESIS for I3U macro assessments

SEURECO, the I3U partner in charge of the macro assessments using the NEMESIS model, has provided a reference scenario up to 2050 for every European country. This will be used as the benchmark scenario to analyse the results of all the macro simulations of the I3U project.

For short- to medium-term GDP growth projection (up to 2018), it is based on the DG ECFIN 2017 spring forecast and then, for the long term, on a set of exogenous variables (demography, world demand, oil price, exchange rates, etc.) and economic projections similar to the DG ECFIN 2015 ageing report. This baseline scenario was designed for all EU countries at a detailed sectoral level (30 sectors) and it provides results on production, employment, revenues, and competitiveness indicators at the macro and sectoral levels up to 2050.

The principal difficulties when building a forward-looking reference scenario for Europe up to 2050 come from the present context pointing out strong uncertainties and economic challenges, as reflected in the DG ECFIN 2015 ageing report. They concern, for example, the evolutions that can be expected for the other world regions, notably the economic growth in emerging countries, the price of fossil energies and other major raw materials, the new orientations that will prompt a socio-ecological transition, the ageing of the population and the decline of the labour force in Europe as well as in other major world regions, such as China.

For Europe, addressing all these challenges will necessitate a strong innovation policy that will increase labour productivity and create new goods and services adapted to the situation. But will Europe be capable to tackle all these challenges? Will it succeed in increasing all the required qualitative and quantitative components of innovation? The aim of the Innovation Union, together with other complementary structural policies such as the EU climate policy, is to address these challenges.

This entry was posted on Tuesday, June 12th, 2018 at 5:49 pm and is filed under Newsletter 3. You can follow any responses to this entry through the RSS 2.0 feed. Both comments and pings are currently closed.
Join our LinkedIn group