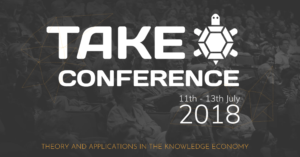 The socio-economic impacts of the Innovation Union’s commitments 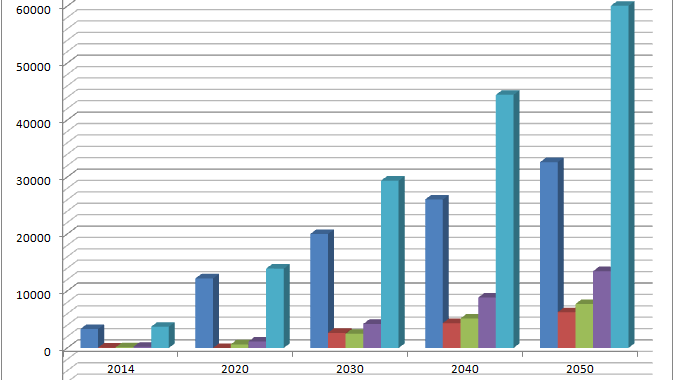 Two I3U reports presented at the “Innovation Union in Europe, accomplishments and challenges“ conference at the SGH Warsaw School of Economics on September 10, along with a new policy brief, quantify the socio-economic impacts of the different IU commitments using the macro sectoral model NEMESIS. 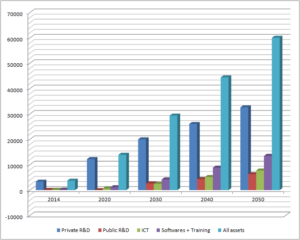 The first report assesses the different impacts commitment by commitment, as well as by groups of commitments. Not all of the commitments could be assessed using the model, as many (i) do not follow precise quantitative objectives, such as the commitments focusing on the monitoring of the IU, (ii) have not been yet implemented, or (iii) could not be measured in reason of the lack of data. Thirteen commitments were finally implemented in the model and grouped in four different thematics, or categories according to the actions of the commitment on the EU R&I system: Group 1 – “ERA- Human capital”, Group 2 – “Finance”, Group 3 – “European funds”, and Group 4 – “Action to market”.

The socio-economic assessment has focused on the impacts that could induce further implementation of the different IU commitments in the future, compared to the situation observed at the end of 2013. For each commitment and group of commitments, two scenarios were studied.

For the four groups of commitments, under the “REALISTIC” scenario that follows the current trends, the following impacts are expected:

The four commitments of Group 1- “Human capital”, aim at increasing public/private research partnerships (C2.2), developing researcher mobility within Europe (C4.2), attracting talents from third countries (C30) and increasing e-skills (C3). The main impacts come from their positive effects on public research productivity that could be enhanced by 15% when the commitments are implemented jointly. It could, from the increase in knowledge spillovers from public research toward private research, raise the annual potential EU GDP growth rate by 0.032 points. The gain in EU GDP would reach 0.37% in 2040 and 0.69% in 2050, and the gain in EU employment would be 157,000 and 405,000, respectively.

For the three commitments of Group 3 – “EU funds”, the main impacts come from Commitment C6 (regarding EU R&I Framework Programmes) while the impacts of commitments C24/25 (on ESI funds) stay limited due to their weak realisation under the current multiannual financial framework (2014-2020). The joint impact of these commitments could increase EU GDP R&D intensity by 0.039 points, with an impact of 0.015 points on the potential EU GDP annual growth rate. The gains for EU GDP would amount to 0.38% in 2040 and 0.53% in 2050, and for EU total employment they would be +332,000 and +437,000, respectively.

For the two commitments of the last group – “Action to market”, the only significant impacts are from commitment C19.1 (creative industries), which capture the influence of services provided by the creative industries on the innovation performance of private firms. Following the current trends, their impact on EU GDP R&D intensity could reach 0.030 points, leading to an increase in the potential EU GDP annual growth rate of 0.016 points. EU GDP gains would reach 0.34% in 2040 and 0.50% in 2050, and those in EU total employment would reach +217,000 and +318,000, respectively. 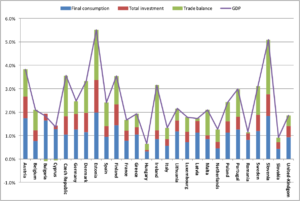 In the case of the “OPTIMISTIC” scenario, which expects an accelerated implementation of the commitments, the socio-economic impacts of the different groups of commitments would be even more important. In summary:

In the second report, the impact of the individual commitments was assessed all together. To avoid overestimating the socio-economic impacts of the commitments when assessed as a whole, we have identified overlaps and adapted the methodology to assess them using the NEMESIS model. Furthermore, the assessment of the IU commitments as a whole has allowed the model to take into account the potential synergies that may exist between them, as well as their mutual crowding-out effects when introducing the IU commitments all together, for example from tensions on the high-skilled labour market.

By reinforcing current policies and current trends, such as increasing the budget of the EU R&I Programmes, the rise of the EU GDP intensity in 2027 could reach 0.24 points, leading to +3.5% in EU GDP, an increase of 0.16 points in the potential EU GDP growth rate and 2.2 million additional jobs in the EU in 2040.

Thanks to the European innovation scoreboard and with the support of the NEMESIS model, we have already assessed (see “Measuring the progress of the Innovation Union” from I3U Newsletter 3) the ongoing and forthcoming socio-economic impacts of the progress achieved by member states between 2007 and 2013 in reinforcing their scientific and innovation performance. Given the increase in EU GDP R&D intensity of 0.26 points, which went from 1.75 in 2007 to 2.01 in 2013, and assuming that this increase will be maintained thereafter, the socio-economic impact assessment with the NEMESIS model simulation has shown that it could bring up to 2.8% additional GDP in the EU by 2040, increasing the potential EU GDP growth rate by about 0.07 points, with the creation of 3.2 additional jobs in 2040.